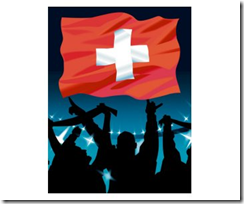 That result, which followed a public campaign, will now make it more likely that certain complementary therapies will be re-instated into the basic health insurance scheme available to all Swiss citizens.

“The constitutional text itself is very short – it states that the Federal government and the cantons will ensure that, within the scope of their jurisdiction, complementary medicine is taken into consideration,” explains Alexander Harbaugh, a spokesman for the public campaign which brought the complementary medicine proposal to parliament.

In Switzerland, a new constitutional article can be proposed to the Swiss parliament if it is supported by 100,000 signatures gathered within 18 months.

A majority of citizens in all cantons voted in favour of adopting this new constitutional article. Historically, counter-proposals have been three times more likely to be voted in by the public than original popular proposals.

“It shows that we are beginning to come out of the two camps – one for orthodox medicine and the other for alternative medicine. In the future, hopefully, it will mean that medical students will study complementary therapies as part of their medical training and be able to integrate some of them into their practice,” says Harbaugh.

One of the aspirations of the pro-complementary therapy lobby group is that professorships of complementary medicine will now be created in Swiss universities.

“The parliament will decide what concrete measures will be taken on complementary medicine in the next few months,” says Mona Neidhart from the Swiss Federal Office of Public Health. She expects that the representative bodies of specified complementary therapies will submit new applications to gain approval for inclusion in the basic health insurance scheme.

“Complementary therapies can currently apply for inclusion in the basic health insurance scheme but up to now, they haven’t managed to be included. This vote will mean the parliament can change the criteria for inclusion,” explains Neid-hart.

The current criteria requires that the therapy benefits the patient, that it is cost-effective and appropriate for the patient’s condition.

Commenting on the vote, Daniel Kieffer, president of the European Association of Naturopathy, said naturopathy was already prominent although not widely accepted in Switzerland. “This vote puts naturopathy on the road to freedom and is a model for all other European countries,” he said.

Dutch pharmacist turned naturopath Jan de Vries worked for years with the Swiss naturopath, Alfred Vogel. He says Switzerland has a long tradition of homeopathy and herbal medicine. “A lot of regulatory work on complementary therapies has already been done in Switzerland and there is greater recognition for complementary therapists. I wish the same thing would happen in Germany because then other European countries could benefit from it,” he says.

De Vries, who has worked in Ireland for 40 years, says, “There is a great longing for natural medicine in Ireland. Irish people are very interested in finding out more about natural forms of medicine.”

In Ireland, the 2006 report of the National Working Group on Regulation of Complementary Therapies represents the current state of play in Ireland in this area.

This report recommended that statutory regulation be put in place for so-called high risk therapies.

These therapies are acupuncture, traditional Chinese medicine and herbalism. It recommended that practitioners of other complementary therapies form federations and self-regulate their practitioners and standardise their training courses. Therapies such as yoga and homeopathy currently follow this model.

Earlier this year, the Higher Education and Training Awards Council (HETAC) began the process of validating complementary therapy courses in acupuncture, herbal medicine and traditional Chinese medicine as the first step towards statutory regulation of these therapies.